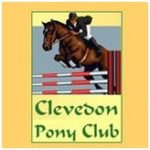 First established in 1967, Clevedon Pony Club has been holding its rallies at the Clevedon A&P Showgrounds since 1975. The Club’s facilities include a 180m x 90m all weather arena which they share with Auckland Manukau Dressage, a cross country course catering from pre-intro through to open level, show jumps, and new clubrooms which were opened in March 2010.

Clevedon Pony Club hosts events throughout the season, which can include One Day Events and Ribbon Days. The Club prides itself on being a friendly, family oriented organisation – and they’re always keen to welcome new members!

Rallies are held weekly during the season, usually on Saturday mornings, and we’re pleased to be continuing our sponsorship involvement with Clevedon Pony Club.

Keep up to date with all the news from Clevedon Pony Club on their website or Facebook page.