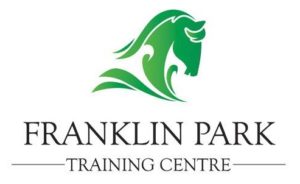 Franklin Park Training Centre, formerly known as Franklin Trotting Club, is based in Station Road, Pukekohe, and came into being in July 1948. The following year the Club purchased a piece of land to be used for training, and to hold race meetings on – this is now the site of the busiest harness racing complex in Australasia.

Property that Franklin Park owns now totals over 38 hectares and includes three training surfaces and four stable complexes on land adjacent to the tracks (two with a three-bedroom house each). Of the eight race meetings currently held every year, one is held in Pukekohe and the rest at Alexandra Park Raceway in Auckland – where the Club moved racing to, following the introduction of night racing in late 1959.

Each year, Animal Stuff sponsors a race, as well as the annual Yearling Parade which is held in Pukekohe.

Find Franklin Park Training Centre on Facebook. Keep an eye on our Blog, or on the updates below, to find out about upcoming events of theirs that we’re involved with.